I frequently build new physics equipment ---as I say, 2nd-best job in the world--- and if the new equipment is something that's going to be used frequently I try to build a semi-permanent version. This frequently requires some sort of electronics box.

Last week we got our new Laser Cutter working here in the College of Natural Sciences, and wow! This changes everything. Previously the process would be "order a metal box of about the right size, then cut holes in about the right places, then print labels with a labelmaker and call it good." With this laser cutter, though, the results can be pretty spectacular.

I took about three hours last weekend designing the box. Most of that time was spent learning how to use the drafting program I installed on my Mac. (DraftSight, if you're curious. Seems good, and free for education use!) I could probably do the same design in about 20 minutes or less now that I know how to use the program. Here's the design: 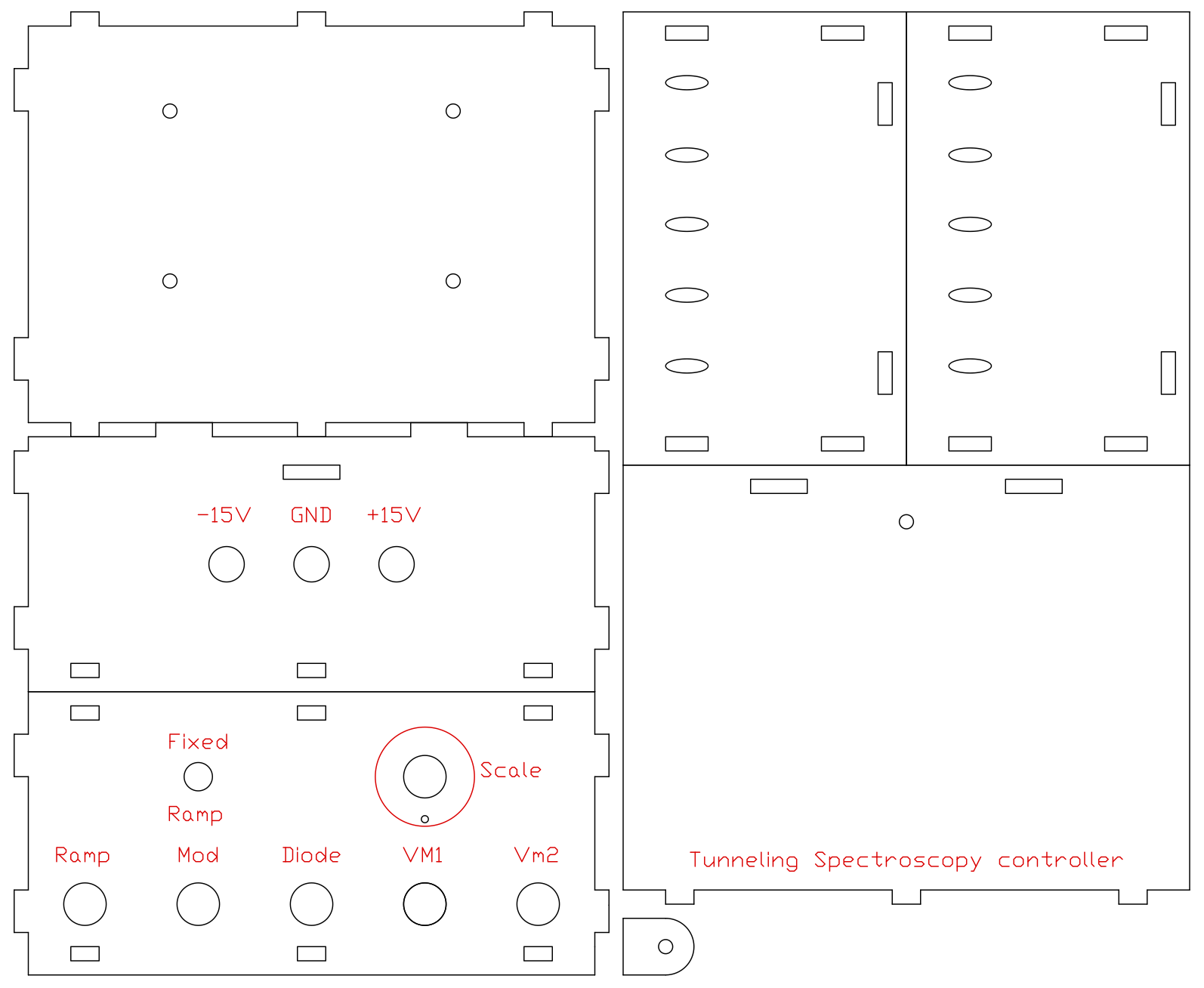 It's designed to be cut from 1/8" acrylic sheet, and all the tabs interlock so it holds together nicely. The laser cutter software detects different colors and interprets them to mean different laser power/speed. For this one I set the red to high speed and low power, so it just marked the plastic. The black was set to high power, medium speed, so as to cut the pieces. 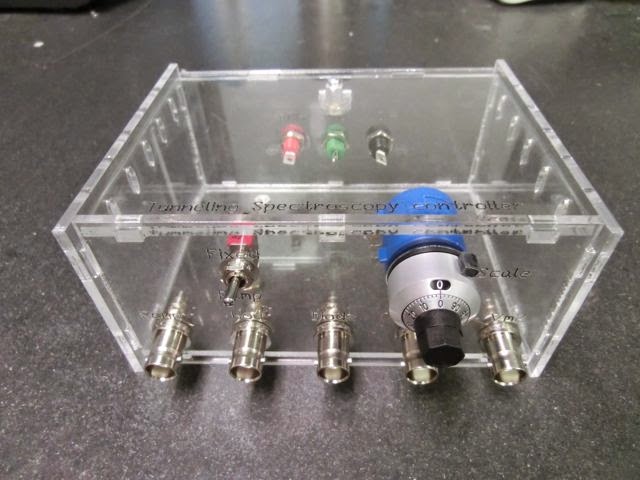 That doesn't have the circuitboard in it yet (a student is making it for a project) but it has the mount points for that circuitboard already. It's pretty slick! The acrylic sheet comes in different colors also, so clear is not an absolute necessity. The lettering shows up well: at high speed/low power the laser just makes a fingernail-deep "scratch" on the plastic, which is reasonably visible. To increase the visibility, I rubbed the lettering with a dry-erase marker and then rubbed the surface clean. The marker ink stayed in the lettering groves and shows up quite nicely. I held the pieces together by solvent-welding with Methyl Chloride (use a fume hood!) but superglue or model cement would also work.

I need to re-think how I do this, though. For my entire career, any time I've needed to make holes for banana jacks I just drill a round 5/16" hole; so for this case, I cut a round 5/16" hole. But the banana jacks aren't round! They have flats on two sides so they don't twist in the hole. It's never been an option to use those flats before, since with a drill press all holes are round... But with this laser cutter I can just as easily make holes with those flats on them. Same with the BNC connectors on the front: there's a flat on the threads to keep them aligned. Now I can use that! I can even cut square holes for meters or NASA-style mil-spec switches.
Posted by Dr. Ayars at 12:42 PM