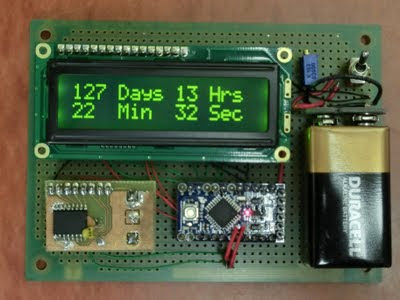 Nothing particularly fancy, but I just happened to have all the necessary parts sitting on my workbench anyway so I threw it together one evening. You can of course change the target date and message in the software so it works for any other event you might want. At this point in the semester, I'm leaning towards counting the seconds until the Physics 202B final...
Posted by Dr. Ayars at 5:00 PM